The school has underwent land acquisition by SLA whereby partial of the existing school area was taken by SLA for infrastructure development and the school was given a new triangular plot land which will be the space for the school expansion.

The allocation of these new block was design taking into consideration of the existing outdoor play area and to minimize any impact to these spaces, as the school has very limited open spaces for student activities. These exiting outdoor play area was preserved to also double as future fire assembly area during fire evacuation. Furthermore arrangement of the 3 new block also been efficient planned to create a new outdoor play area between blocks which also function as fire engine access way.

The new expansion create opportunity for the school to restructure the zoning of the existing space for more efficient planning and better teaching environment. Hence travel distance for staff to all the facilities was a key consideration in designing these new blocks to ensure a seamless all weather connection between the new and existing blocks.

The new driveway with a prominent sheltered vehicular pick up and drop off bay act as a welcoming gesture to the new school main entrance façade. These prominent cantilevered sheltered seamlessly integrated with the 3 new blocks and the existing blocks, providing all weather access for student from the pick-up and drop-off bay.

The roof of the new blocks was design to have similar character of the iconic existing pitch roof of the school but with the use of new material that create a modern touch to the school.

The distinctive Marymount green and white was adapted to the new blocks with the use of different green color pallate on horizontal and vertical element such column, beam and the window ledge to break the building mass and create a quirky and playful façade treatment. 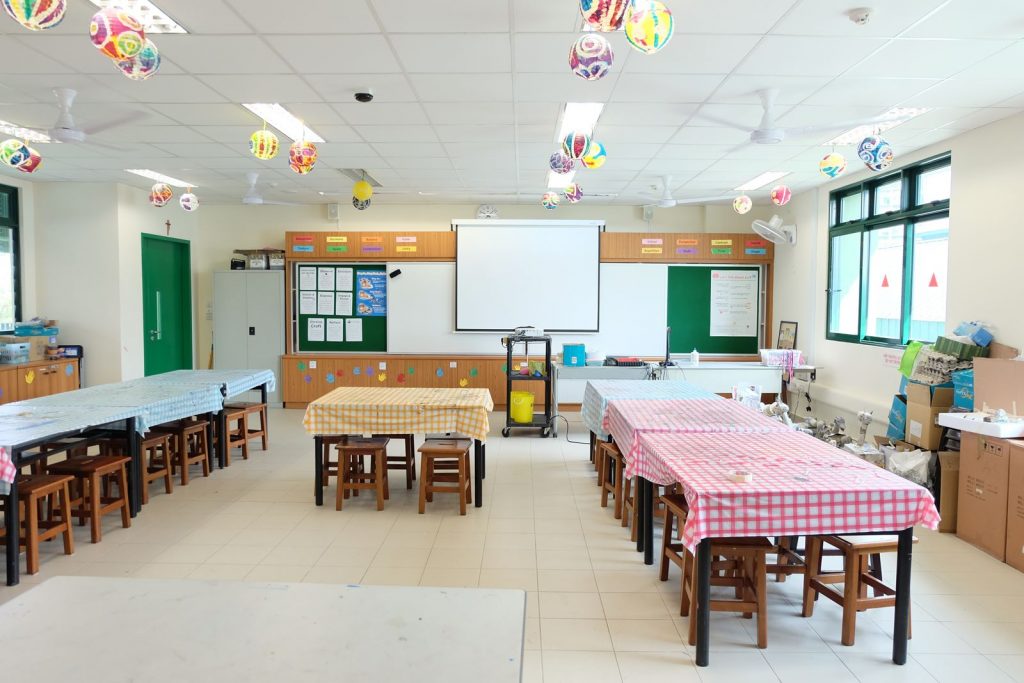 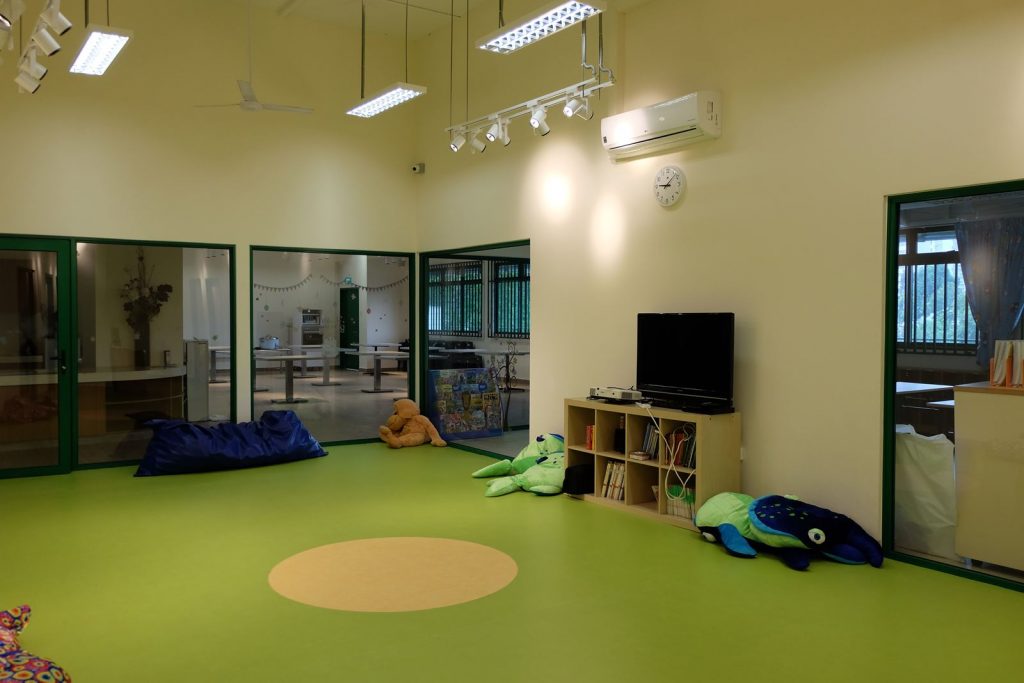